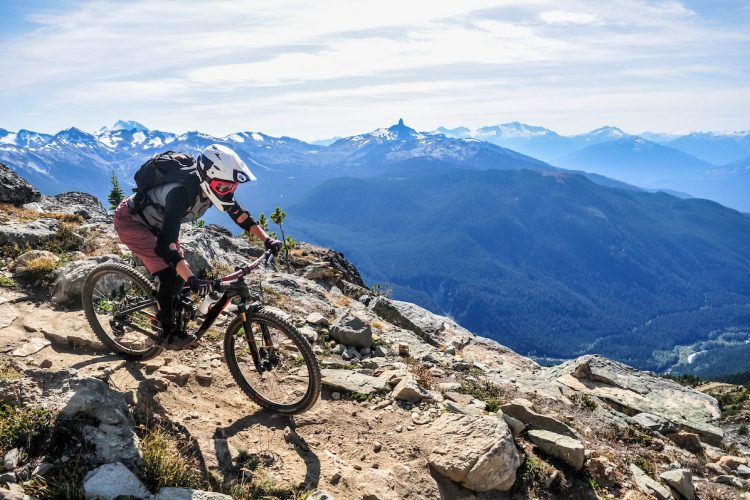 If you’re looking for an exciting way to explore Canada, consider biking! There are many amazing bike routes throughout the country, from Vancouver to Toronto and everywhere in between. In this blog post, we’ll take a look at some of the best bike paths in Canada and discuss why they’re so great. Whether you’re a beginner or an experienced cyclist, you’ll want to check out these routes!

The top 10 bike routes in Canada

From the rugged coastline of Nova Scotia to the lush rainforests of British Columbia, Canada is a cyclist’s paradise. With so many amazing places to explore by bike, it can be hard to decide where to go. To help narrow things down, here are 10 of the best bike routes in Canada, perfect for both experienced cyclists and beginners alike.

Starting in Halifax, the Cabot Trail is a 290-kilometre loop that takes riders through some of Nova Scotia’s most stunning scenery. The route passes by towering cliffs, pristine beaches, and picturesque fishing villages. For those who want a challenge, there is also the option to detour up the Skyline Trail, a steep and rewarding hike that leads to incredible views of the coastline.

Just outside of Vancouver, cyclists can explore the Sea-to-Sky Highway, a scenic route that winds its way along BC’s coast. Along the way, riders will have the chance to take in views of Howe Sound and the snow-capped peaks of the Coastal Mountains. The route also passes by Shannon Falls, one of the tallest waterfalls in BC.

For an unforgettable cycling experience, riders should head to Jasper National Park in Alberta. The park is home to some of the most incredible scenery in Canada, with towering mountains, turquoise lakes, and wildlife including elk and bighorn sheep. There are plenty of routes to choose from depending on your fitness level and interests, but one highlight is the Jasper Discovery Trail, a gentle path that follows the banks of Maligne River.

These are just a few of the amazing bike routes that can be found across Canada. So whether you’re looking for an easy ride or an epic adventure, there’s sure to be a perfect route for you.

Bike paths in Vancouver: The best places to ride

Vancouver is a great city for biking, with plenty of scenic routes and paths to explore. For those looking for a challenge, there are plenty of hills to test your fitness, and for those who prefer a leisurely ride, the flat terrain along the seawall is perfect. Here are some of the best places to ride in Vancouver:

The Seawall: Stretching for almost 28 kilometres, the seawall is one of Vancouver’s most popular biking routes. The route takes you past Stanley Park, the Vancouver Aquarium, and English Bay Beach. There are also plenty of stops along the way for coffee or ice cream.

The Cambie Bridge: This bridge provides superb views of False Creek and the downtown skyline. The north side of the bridge has a dedicated bike lane, making it a safe and easy route for cyclists of all levels.

The Adanac Bikeway: This 6-kilometre route takes you through some of Vancouver’s most vibrant neighbourhoods, including Commercial Drive and Chinatown. The route is relatively flat, making it perfect for families or beginners.

Biking in Vancouver is a great way to explore the city and get some exercise at the same time. So get on your bike and start exploring!

Why bike defence roads are crucial for Canadian cyclists

Cyclists in Canada face a unique set of challenges when it comes to riding on the roads. Not only is there a lack of dedicated bike lanes, but the Canadian winter can make road conditions extremely treacherous. As a result, many cyclists choose to ride on the shoulder of the road in order to stay safe. However, this can often be just as dangerous as riding in traffic, as the shoulder is often strewn with debris and potholes. That’s why bike defence roads are so important. These specially-designed roads provide a safe haven for cyclists, away from traffic and with a smooth surface that is easy to ride on. In addition, bike defence roads are typically well-lit and free of obstacles, making them ideal for cycling even in the dark. As more and more cities begin to invest in bike defence roads, Canadian cyclists will have an increasingly safe and pleasant riding experience.